How to use
Unreal Engine on Linux

Complete guide to start using Unreal Engine on your Linux machine. Compatible with UE5 and its latest version UE5.1.

Unreal Engine is an amazing tool to create videogames and compile them for almost any (capable) device out there. Despite the fact that Unreal is an awesome multiplatform engine, trying to run its editor on Linux can be obscure and troublesome. This is a compact but comprehensive guide that includes instructions to install, execute and troubleshoot UE 5 for Linux. 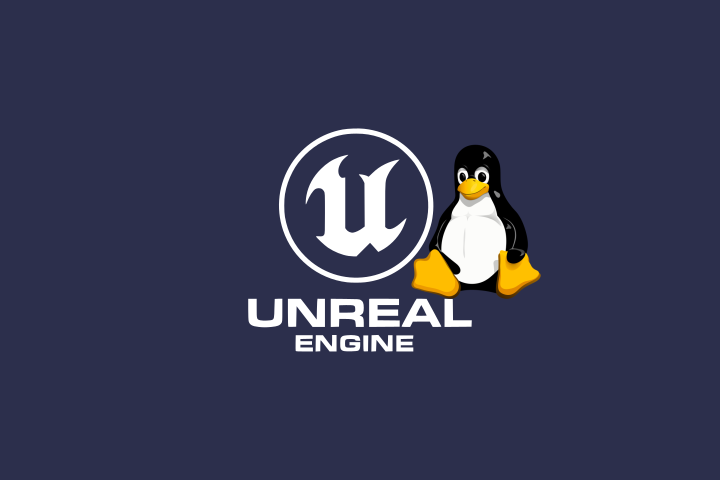 Optionally, you can configure the build process to use the maximum power of your CPU. Follow these steps:

In the previous example, by setting ProcessorCountMultiplier to 2, the build process takes into account logical threads (if your CPU supports Simultaneous Multi Threading (SMT) or hyper-threading) to calculate the max actions to execute in parallel. Then, setting MaxProcessorCount to 30 limits the compile thread count to 30. So if your CPU has 16 physical cores and 2 logical cores each (32 in total), this leaves 2 logical cores entirely free for other software, resulting in a smoother experience when multitasking during project compilation. This can change depending on your available RAM if you do not set MemoryPerActionBytes to 0, but doing that can eventually crash your system.

If your settings have been configured properly, you will get the following UE build process output:

If you’re using PlasticSCM as your Source Control you can use our extension to see your GitHub issues directly on Plastic: Equilaterus PlasticSCM+GitHub

To compile and generate your own binaries of Unreal Engine, follow these steps:

Thanks for reading. Share this publication with your friends.

Counters may differ. We use free services to count visits but we do not store neither share your personal information.